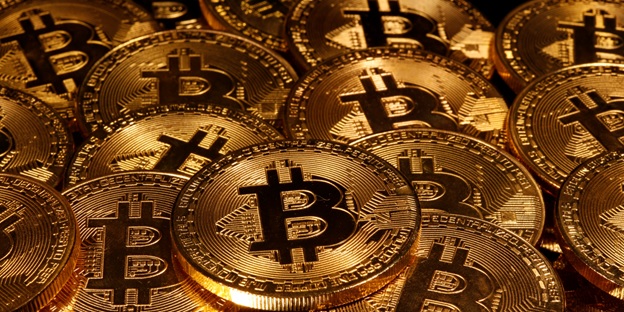 The reason why we’re experiencing a cryptocurrency rush is because anyone can invest in it. You don’t need a grand budget to buy Bitcoin and start your investment strategy. However, buying and selling Bitcoin is not the only way to make money with crypto.

Another popular, albeit more complex solution, is Bitcoin mining. Those who want to take a different approach to earning coins should be fully aware of what this process entails and whether it’s right for them.

Here we’ll explain all the necessary details, including how to create reliable Bitamp anonymous Bitcoin wallet and the cost of mining Bitcoin.

What Is Bitcoin Mining Exactly?

If you’ve only heard about the concept of Bitcoin mining and aren’t sure what it means, it might sound somewhat odd. Why is it called mining?

When people think of actual mines and mining for gold or other materials, that’s a painstaking and often slow process. Therefore, it’s meant to be the perfect metaphor for Bitcoin mining.

It’s a resource-intensive process, and miners do not get rewards easily. But if you have the right equipment, knowledge, and patience, it can be lucrative.

Still, what happens during the mining process? Essentially, Bitcoin mining means creating new Bitcoins and releasing them into circulation on the blockchain. But mining represents the confirmation of every transaction taking place in the system.

When you make a transaction, Bitcoin miners charge a small fee to complete it. The computers used for crypto mining solve highly complicated mathematical problems that combine transactions and form “blocks.”

Things You Need to Become a Bitcoin Miner

Aside from a keen interest and familiarity with blockchain technology, a Bitcoin miner needs the right equipment. Not every cryptocurrency has to be mined, but if you want to get involved with Bitcoin, you need to set up all the mining basics.

First, you need a digital wallet. There are countless options out there, but an excellent place to start is an open-source online wallet. You can create reliable Bitamp anonymous Bitcoin wallet, which only takes a few minutes.

Once you’ve gained enough rewards, you can utilise hardware wallets or move your funds to various locations. But as a start, a secure online wallet does the job. This is an easy and cost-free step. The other part of the process is purchasing adequate mining hardware.

To set up a Bitcoin mining rig, you’ll need to set aside anywhere from £2,000-£10,000, depending on your needs and budget. You’ll also need mining software. This is typically free, making it only a matter of choosing the right option.

The cost associated with Bitcoin mining software isn’t the only concern to keep in mind. The mining equipment is incredibly power-hungry, which means that the cost of electricity used for mining is likely to be substantial. Consequently, miners choose to work in areas where electricity costs are relatively low.

The cost of Bitcoin mining can indeed deter many from even considering it. Apart from having to set aside the budget, mining requires time and dedication to make it work.

Many people choose to do it full-time to manage the entire process and troubleshoot issues. That’s not something everyone interested in Bitcoin mining is prepared to do. Fortunately, there is another, even more popular route you can take.

By joining a Bitcoin mining pool, you’re adding your computational resources to an existing group of Bitcoin miners who have the same goal as you. The probability and efficiency of mining new coins thus become higher.

Is Bitcoin Mining Right for You?

Even though Bitcoin mining isn’t as rewarding as it was in the early days of Bitcoin, it can still be quite profitable. Compared to Bitcoin investing and trading, it’s a more time-consuming and costly process.

However, some crypto enthusiasts see mining as the most authentic way to make money with cryptocurrency. Whether you’re doing it yourself or joining a mining pool, you’ll need the proper hardware, which can be costly. But at least creating a secure Bitcoin wallet app and mining software won’t cost you anything.

Bitcoin – How does it work